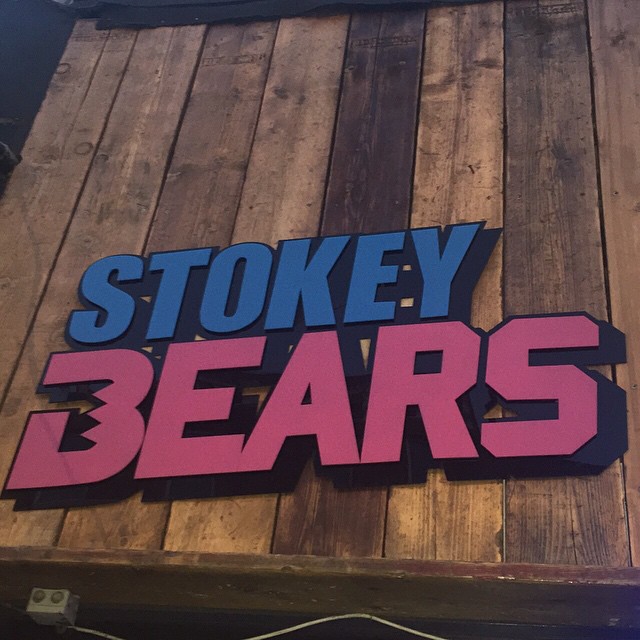 The Man Dem are on a mission to find London’s best burger. First on the list was Fat Burger in Camden. One of the Man Dem swears blind Stokey Bears in Stoke Newington is numero uno. What did the rest of the Man Dem think after our visit to trendy Stokie.

Food:
Presentation of the #burger was mouthwateringly (is that a word?) appealing. The messy looking burgers and a mountain of fries are displayed in a basket which you can wait to dive into and get messy. The fries were tasty almost like they were seasoned, no need for salt or tomato sauce. We found out the chips are fried in goose fat, giving #StokeyBears chips a unique flavor. The buffalo chicken wings sauce was too rich for some, giving an almost sour after-taste, and the grade of chicken was not the best the Man Dem have chomped on. Disappointingly a selection of locally produced drinks were not available.Service:We reserved a booth in advance. On arrival our booth was ‘not available’, the Man Dem were unhappy, staff seemed slightly blahzay about it. After a few minutes a booth magically appeared. For table service the staff were attentive but the whole experience was a bit chaotic, the actual food took over 30 mins to come and as everyone must know, you can’t keep the Man Dem waiting when Man Dem is hungry!Overall:Nice chilled atmosphere with some mellow tunes in the background. Staff are friendly and balance the “give you enough space” vs “pay you enough attention” battle well. Stokey Bears is ideal for a catch up with friends or a laid back date.