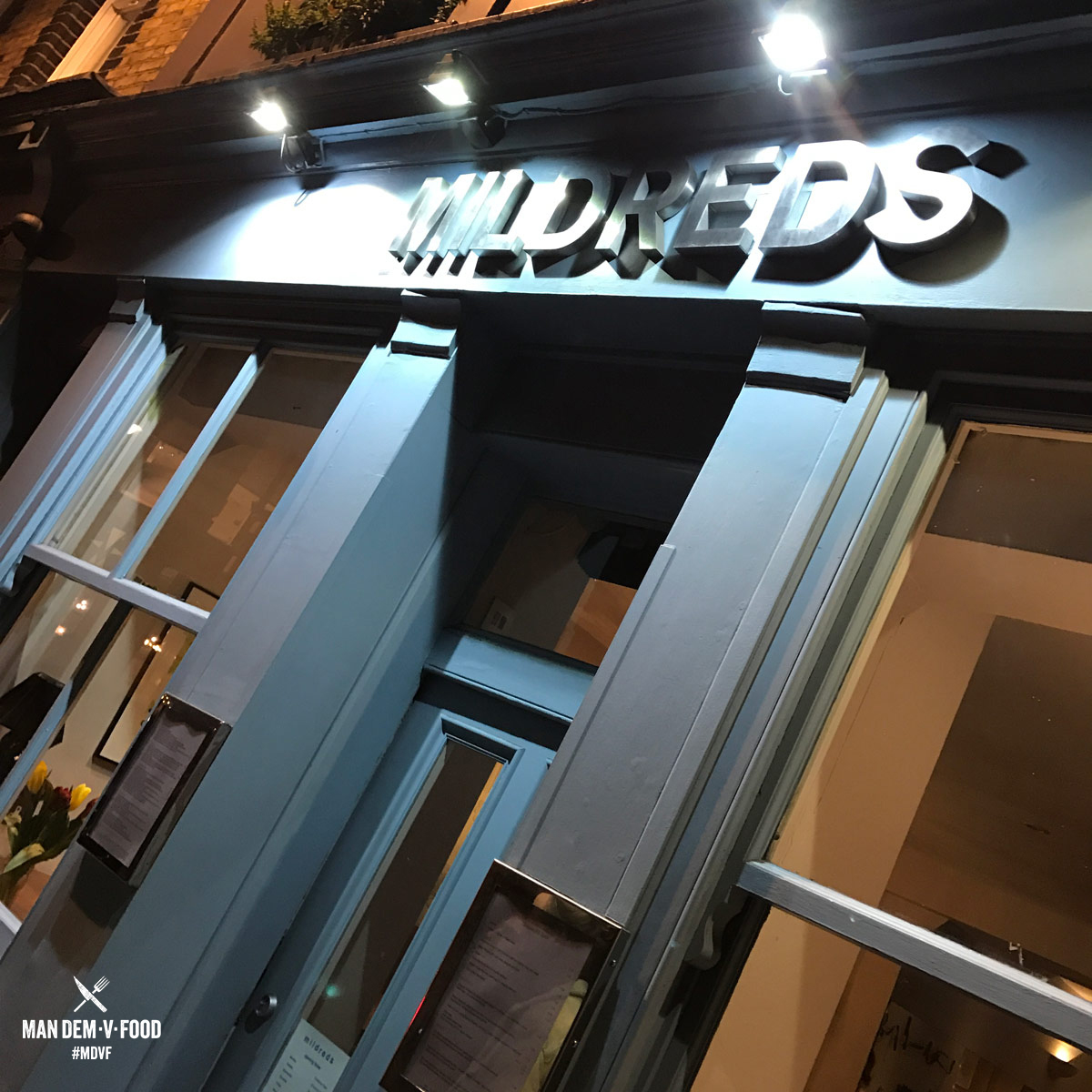 We bet you have been wondering why we added ‘

‘ to the end of The Vegan’s name? It wasn’t meant to disrespect any vegans, it is only appropriate for our in-house MDVF #vegan as one day he doesn’t eat meat or anything that comes out of an animal, (whatever the rule is). The next day he is devouring a chicken wing like he’s been on hunger strike since #Trump became #President
The rest of the team began to feel guilty about the ‘

‘ so agreed to give this vegan thing a try and visit a vegan restaurant. We only had one stipulation, there had to be a @Fiveguysuk within walking distance in case we were still hungry afterwards.

What happened on our maiden vegan voyage? Did some of the Man Dem walk out after browsing the menu and the reality struck of seeing no meat? Did we end up at a #Burger joint afterwards? Or was it a case of once you go Vegan there’s no going back? (Yeah we know it doesn’t rhyme!)

: I’ll be honest, I’m not a full vegan yet but I’m on my way there. I have coaxed the #mandem to a vegan / vegetarian spot #mildreds I’m quite chuffed about this actually, as even getting them to agree to come is an achievement in itself! These lot are the most notorious carnivorous bunch I know, don’t believe me, read previous reviews, check our #instagram content… meat and more meat! #savage.

I had the (chef recommended) mushroom & ale pie with chips and mushy peas. To be honest I did not know what to expect but it was lovely.  The pastry was well done, light, flaky and none of that soggy stuff you sometimes find when you buy a pie. The filling could easily have been mistaken for a steak and ale pie. The seasoning was on point. The mushrooms were cooked exactly right, not too soft or rubbery and the gravy reminded me of a typical Sunday dinner. Top marks to the #chef on this dish.

The peas were standard, nothing special there but at least they weren’t runny. Same for the chips, not too crispy and just enough bite to warrant a decent chip. Would I get this again, no! But not because of the taste, but because I would want to try out other dishes on their menu.

I must say it was interesting watching the rest of the mandem’s faces and their reactions as they indulged in their meals. Yoo Manager how did you find your first Vegan meal?

The Manager: The voice in my head keeps saying “You fool, where’s the meat?” Is this ignorance? Fear? Who knows, but after the first look at the menu it was hard to find something that remotely looked interesting until I heard that voice again, this time it was saying “open your mind”.

Another 15 minutes scanning the menu, asking the waiter what this and that was, I stopped at the #burger section and took a punt on the Polish: beetroot, white bean and dill in a focaccia bun with iceburg lettuce, red onion, mayonnaise, pickled cabbage and gherkin. The description was a mouthful, but to us non-vegans it’s just a bean burger, right? My thinking is that this would taste like baked beans and soya milk so must be edible!

The burger arrived with a healthy side of sweet potato wedges. The menu states fries but these were 7 to 12cm of hand cut chunks of sweet potato, with a light sprinkling of REAL sea salt, seemingly oven baked thus keeping in the flavours and producing minimal oil. In a word… Amazing! I would go back to Mildred’s just for the “fries” alone.

Now for the real test… the burger! At least it looked like a burger so that’s a positive start. Part of this adventure into veggie food is the visual aspect, looking at a meal and seeing no meat thinking I will still be hungry after. Yes I know, I may be coming across a bit ignorant, but hey I’m trying and there is some stat about how we taste 50% of food with our eyes.

The size of the burger was XL, you know the size where you contemplate whether it will be best to cut it into two halves! First bite, nothing but bread and lettuce. The bread had a nice texture but it was heavy while in the mouth. With the second bite I eventually got to the patty, the burger, the “meat”, wait, I mean the veggie patty….. ahhh you know what I mean! Surprisingly the flavours were intense, I can’t say I tasted beetroot or beans, (baked or otherwise), all I can say is I tasted a wonderment to my tastebuds. The textures were different but when you open your mind and stop tasting with your eyes, it’s a pleasure to the senses. I’d definitely return for this vegan burger. I wonder what the others thought…

Pepper Man: So here we go… It’s Mr Experimental once again and true to my character I’m not going for the “safe option”, I’m diving straight in, head first with the “Soul Bowl Salad”. I don’t even know what half of the ingredients taste like but you can’t go wrong with a salad, right? We all know they’re very healthy and if you choose the right one they can be really filling so surely this is the best option for a vegan virgin, init?

This salad had a plethora of #superfoods which included; carrots, beetroot, cherry tomatoes, dates, quinoa, kale, avocado and a few more ingredients that none of the mandem had ever heard of such as shitake mushrooms and cashew cheese.

This was a huge risk for me as, for one, I’ve never had quinoa before so wasn’t sure what to expect. As soon as I took the first bite my face dropped… The disappointment was REAL! It was so confusing! There were crunchy bits, gritty bits, sweetness from the dates and then to top it off the smooth but tough and clearly unripened avocado made it all just a complete disaster. It was like a tornado of flavours and textures all battling together and none of them winning! The rest of the mandem were bussing up (laughing) and with every bite I took they laughed harder! They didn’t even try and hide it! Great friends these are!

Now don’t let my opinion on this salad put you off. There were a few things in it that I had never tried before so maybe that was the reason I didn’t enjoy it. I’m sure if you’ve had all the ingredients before it would be a very pleasant and satisfying meal.

Expect to queue, Mildreds is a famous restaurant, popular most days of the week. They do not accept reservations, so whilst waiting chill out by the bar and make your way their extensive cocktail and organic wine menu.

The service itself didn’t blow us away, quite laid back, but most importantly the staff were friendly, knowledgeable and adequately attentive considering it was so busy.

) and he walked us through our choices in regard to ingredients. Sidenote: You will need to be careful if you have allergies so ensure you tell the waiting staff at first opportunity.

With Mildred’s being our first ever visit to a restaurant with no meat on the menu, all of the Man Dem were positive about their experiences, except Pepper Man, who maybe was too experimental with his order.

The dishes sampled were acceptable alternatives for meat and we could see why so many people have been able to successfully drastically change their diet cutting out meat. We respect your commitment.

We will visit other Vegan restaurants to bring you comparisons. Just remember to thank us in your speech if our reviews contribute towards you converting to Veganism.

If becoming Vegan has been playing on your mind we highly recommend Mildred’s for your first attempt. MDVF will be back to sample the rest of their interesting menu.

We give Mildreds 4 out of 6 man dems