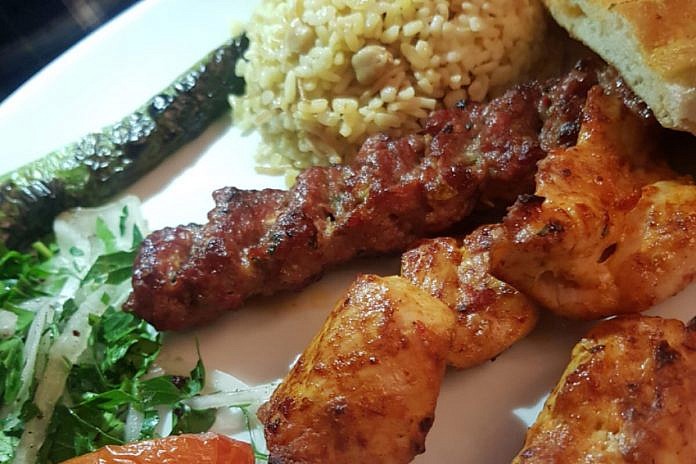 The quest to find London’s #BestTurkishRestaurant continues. For this episode we have picked @antepliler.london on the recommendation of @timeoutlondon.

Surely Time Out can be trusted? Or can they? Let’s find out.

STARTERS: We never need to order starters when do #Turkish due to the free bread, and the bread is so important. The quality of the bread usually sets the standard of the restaurant. Similar to how the cut of a steak tells you the quality a steakhouse.

As is the norm in any Turkish restaurant worth their hummus, bread and salad were brought to the table in anticipation of the mains. Both the bread and salad looked below par! The bread looked dry and not freshly baked like we are used to. We know it’s bread and it’s supposed to be dry (in essence) but come on, it’s not supposed to “look” dry even before touching or tasting it. There wasn’t much of it either, the portion was small for 3 Man Dem. Cheese Lover muttered he gets more bread when dining alone for lunch at his local Turkish spot. Maybe Timeout got the VIP bread.

We each tried a piece and it was, indeed, dry, with a crispy edge! Now, it being crispy round the edges wouldn’t even be an issue if the bulk / inside was light and fluffy but it was neither. It didn’t even seem fresh, more like bread from the day before. We didn’t finish the batch.

You know like when you take some of their bread home in your doggy bag and try warm it up but it never comes out anywhere near as good as when you’re in the restaurant, well, yeah that! As we stated earlier, this low standard of bread didn’t instill us with any confidence for the rest of the meal.

As for the salad, that was lack lustre… not enough for all of us and lacking in it’s ingredients!

CHEESE LOVER: My belly can’t handle mixed grills anymore. However, Antepliler had the perfect combination of my two most favoured Turkish meals, Adana kebab (minced lamb kofte) and chicken shish. This came with rice infused with chick peas. I wish I had been offered a choice of side as I would have opted for plain rice, instead I found myself picking out the peas.The chicken shish. Simple to cook but it needs to be prepped. To be considered for Best Turkish Restaurant your meat needs to be seasoned and seasoned well. Not throw on a little bit of herbs just before placing on the Ocakbasi grill. Your meat needs to have been marinated for hours and smothered in seasoning.

This chicken shish had flavour but wasn’t full of flavour, thankfully, it wasn’t bland. Otherwise I really would have believed #TimeOut had received special treatment.

On to the Adana kebab. Now, if I was on death row in Turkey, for my last meal I would order an Adana Kebab, that is how much I love this roll of minced lamb. But! It must be seasoned inside and out! Antepliler’s version of my favourite Turkish dish was just passable. It would not have been a last meal to remember before meeting my fate.

The outer layer of the lamb had a pleasant flavour to it, but also had a slight twang which I have tasted at other Turkish restaurants, not the best Turkish restaurants, but the restaurants you end up at courtesy of a friend’s recommendation. Once you starting tucking into the food, you soon realise this friend doesn’t have a clue about Turkish food, and should stick to the kebab meat at their local takeaway, instead of inviting me all the way to South London for what they think is posh Turkish food. I want my petrol money back!PEPPER MAN: I had the same meal as Cheese Lover and I agree with most of what he has said. I have nothing more to add and furthermore, I wouldn’t even have written this paragraph if given the choice. I was not impressed! #TheEnd

SWEET TOOTH: So I arrived at this restaurant (first again – shocking!) and all I could think was  #dead it’s empty!! So much for Time Out’s “the large dining room is almost always full to bursting” – well, not tonight mate! Only 2 or 3 tables are occupied. I was greeted promptly but when I mentioned we had a reservation, the man looked confused, however I was shown to a table immediately. In fact I was allowed to choose wherever I wanted.

Whilst I sat for the few minutes waiting for the others I was concerned that there were none of the usual aromas wafting from the direction of the grill as is usual for these types of establishments. Maybe I’m being premature but I was suspicious! The others arrive and we get straight to ordering, no starters required, mains only! Since this is to challenge for the #BestTurkishRestaurant I ordered a mixed grill for one so I could get as broad a range of the food as possible.

The mixed grill included the usual, lamb & chicken shish cubes, lamb adana, chicken wings and lamb ribs; all served with bulgar wheat and an extra bread. I can’t say much about this dish… it was meat, it was grilled and it had ‘some’ seasoning but not much flavour. Nothing to write home about or even a review for that matter! Nothing stood out or even came on a par with other Turkish restaurants that I’ve been to that are better that I wouldn’t even consider putting in the running for best Turkish.In fact, let me put it into better perspective… I took most of my meal home as, on the night, it didn’t satisfy the expectation I had built up for it. As we all know food always tastes better as leftovers (come on, you know I’m right!) but when I tasted the food again, it was kinda bland! I had to dip the meat in good old #Heinzketchup to make it taste reasonable! Remember what I said at the beginning… DEAD!! Shout out to the special sexy ‘extra bread’ served on the main meal dish though… that’s how you do bread!

OVERALL: The man dem are scratching our heads wondering why this restaurant was even a contender for best Turkish. What was the criteria? Seriously? How did it get into the list of London’s best Turkish Restaurants in Time Out? The food was average. Even the bread left us underwhelmed. Yes it is free, but Turkish bread speaks volumes for any Turkish restaurant. It sets the bar. If the Turkish bread is not fresh, warm, soft or plentiful, in our experience, the rest of your meal may leave you unsatisfied. Unfortunately, Antepliler continued the trend and backed up our theory.

We know Turkish restaurants don’t offer the greatest service, but our waiter was cold, we didn’t feel welcomed at all. We don’t even remember getting a goodbye when we departed and we even tipped him!

Not forgetting Cheese Lover is still waiting for his Turkish tea!

#Antipliler feel free to call us back in if that was just a bad day, but for now the man dem are not satisfied.

Due to the dry bread, sufficiently flavoured meat, and lousy service, we can only give a low score on this occasion.