Share
Facebook
Pinterest
Twitter
WhatsApp
To conclude our quest to find ‘The Best Wings in London’, we head to the Prince of Peckham pub to try the infamous White Men Can’t Jerk (WMCJ) wings.
Speedie
I can honestly say, I’ve never had WMCJ wings before, however if their wings are anything close to the levels of their jerk chicken, I know I’m in for a treat!
There were 4 flavours to choose from, they were:
Buffalo
Bbq
Honey glaze
‘Super’ hot death wings (I added the Super) 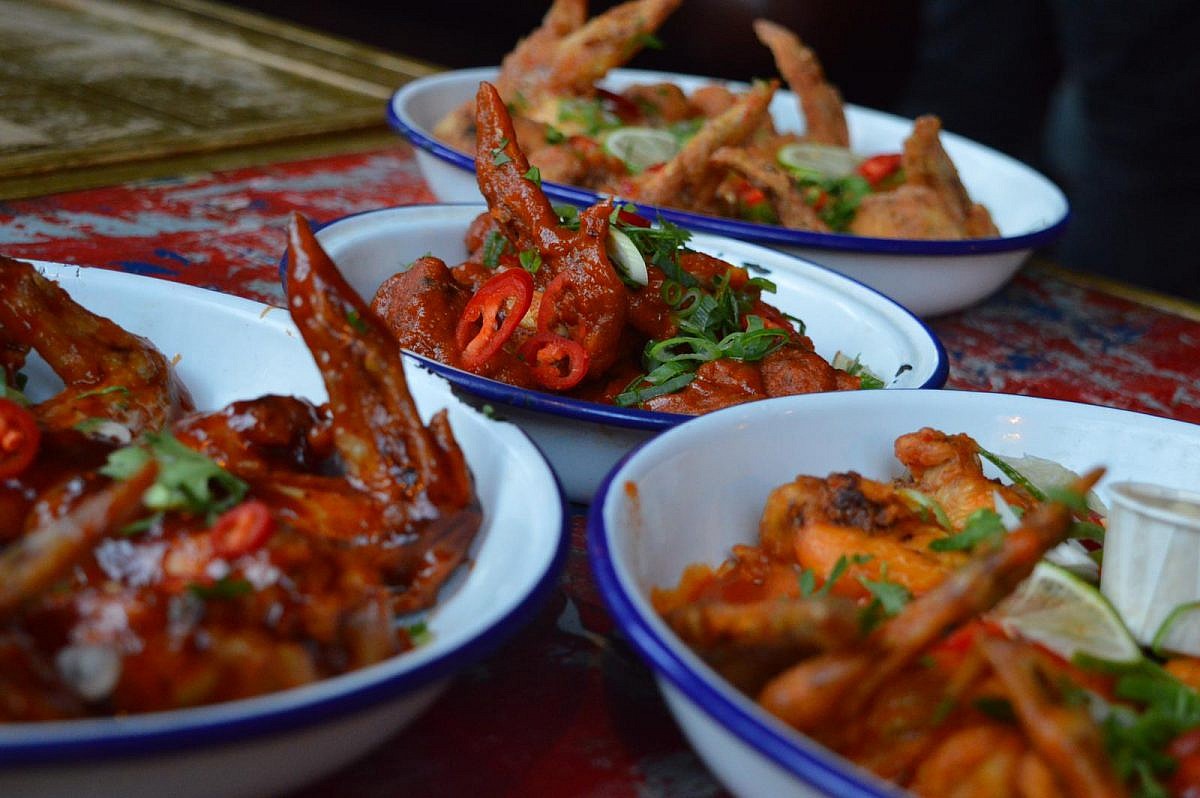 I started off with the BBQ wings. These were cool, you get the full wing, drums & flats. The chicken was succulent, oozing with flavour. Every bite made you want more.
Next up were the buffalo wings. I took a bite and I was instantly said “These are the best buffalo wings I’ve had!” Knowing I hate buffalo sauce, everyone looked at me puzzled with “like wtf is he saying” faces? I was immediately challenged by Tongo, asking me if they were better than the Tracks & Record buffalo wings which at the time of that visit I said were the best and my favourite buffalo wings. I then retracted my statement and stated “they’re the 2nd best I’ve had”.
Moving on from the buffalo wings, were the honey glazed wings. These had a crispy coating and were absolutely delicious. My God, I wanted them all to myself. The sweetness just came through in every bite. 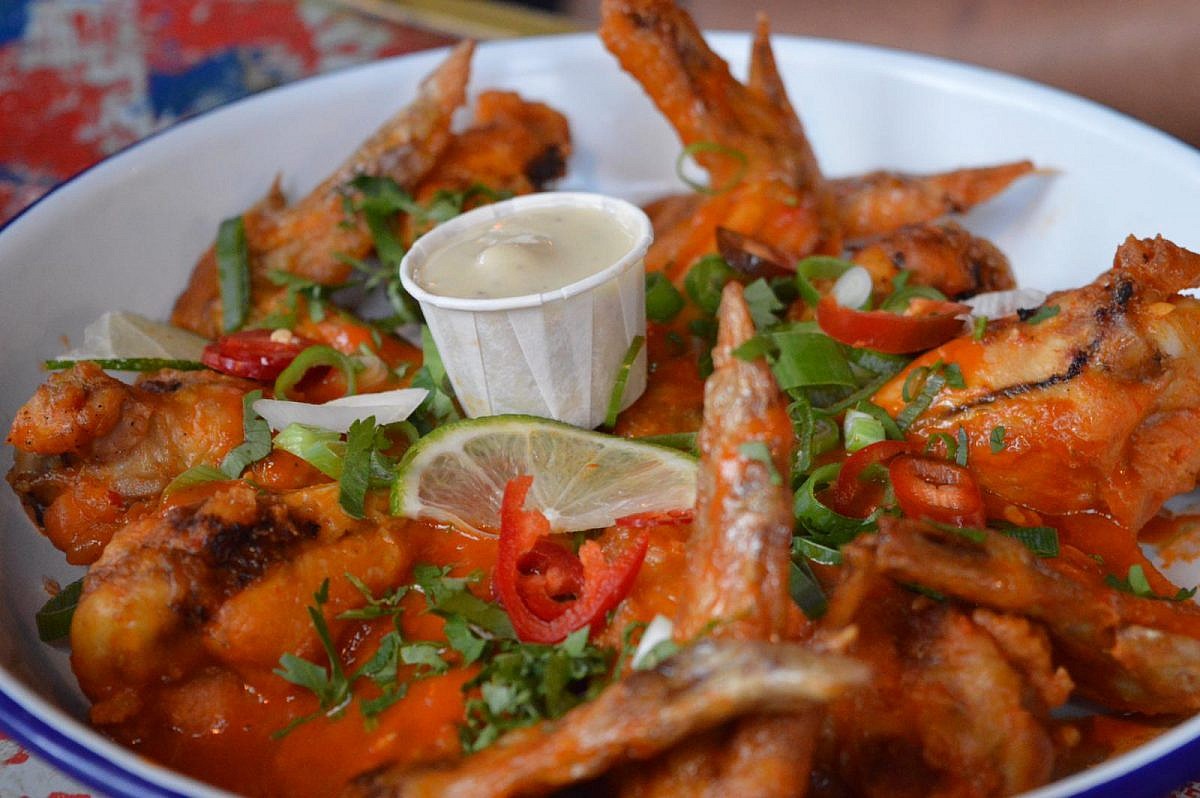 Finally, the death wings. I weren’t looking forward to these. I took a shy bite and thought ok, these aren’t so bad so I took a more generous bite thinking I had this. All of a sudden the room got a lot warmer, my vision started to go blurry. I felt like I was tripping on mushrooms. My mouth was on fire! Rain had the camera out filming my pain, Mr Whyte stole by drink and wouldn’t let me have it back. Tears began to role down my face, the sweat was pouring out from my forehead. I was finished! I put the death wing down and ran to the bathroom…
Out of the 4 wing flavours, the honey wings by far were my favourite. I actually can’t wait to have them again.
Rain:
The chicken wings looked visually perfect, the first bite almost had my eyes rolling back into my head, the crispy nature of the batter slowly melted on my tongue making my glands flood gates open (Basically they made my mouth water, but trying to be creative with my description lol). The honey with the chilli may not sound appealing on paper, but the contrasts do work. As I’m writing this, I want more. 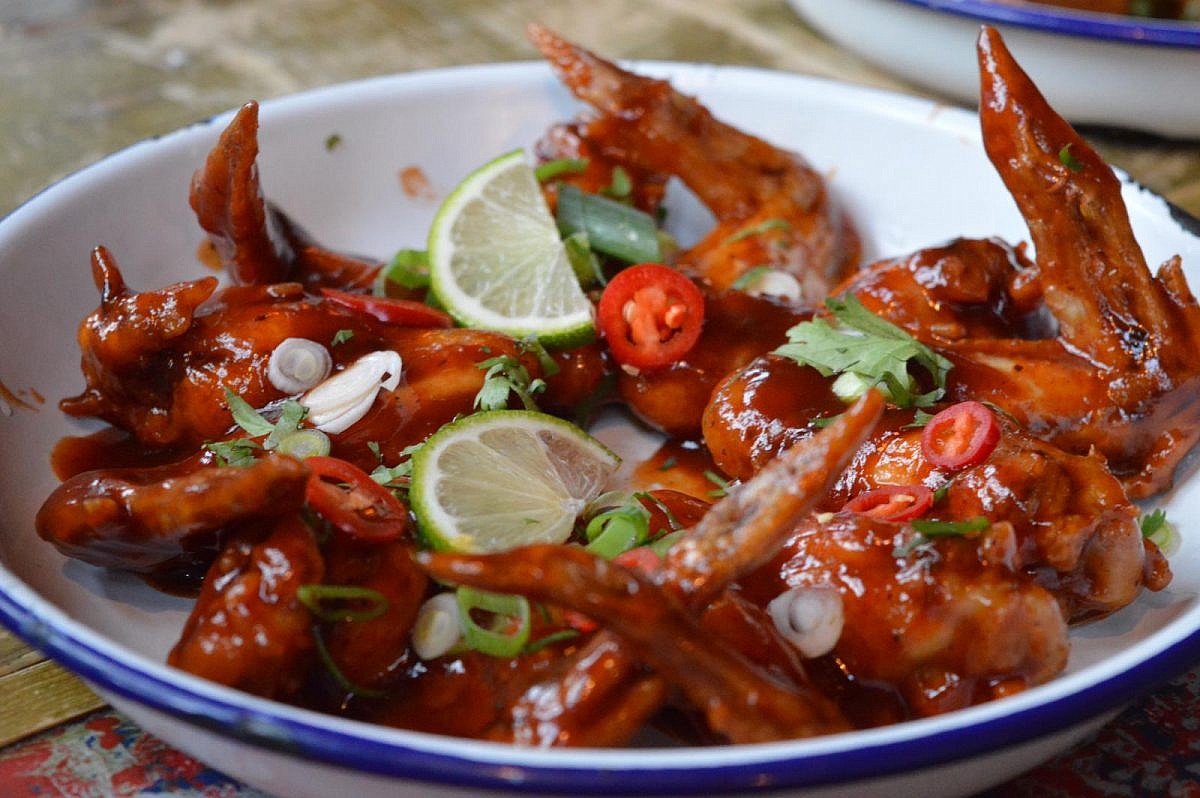 WMCJ are a definite contender for Best Wings in London. These are wings EVERYONE needs to try, and not just read about. You won’t be dissatisfied.
Whyte
The best presented wings thus far. The type of plating you see in magazines.
I grabbed a BBQ wing. Succulent chicken, loads of BBQ sauce, messy to eat, but worth it, just don’t wear white if you are on a date!
Definitely in the Premier League of wings in terms chicken quality, presentation and how it was cooked, but the BBQ sauce was not quite top 4. The BBQ sauce was inviting, but I would have been fine giving the last BBQ wing to Tongo for his usual doggy back collection.
The Honey Glaze wings looked pale in comparison to the dark BBQ sauce. These wings had a transparent coating of sweet honey and were piping hot. So fresh! The first bite sent my taste buds wild. The sweet honey glaze gave me wings, I was flying, yearning for more. Maybe it was because I had given up sweets in prep for my #Loveisland audition, need that 6 pack! 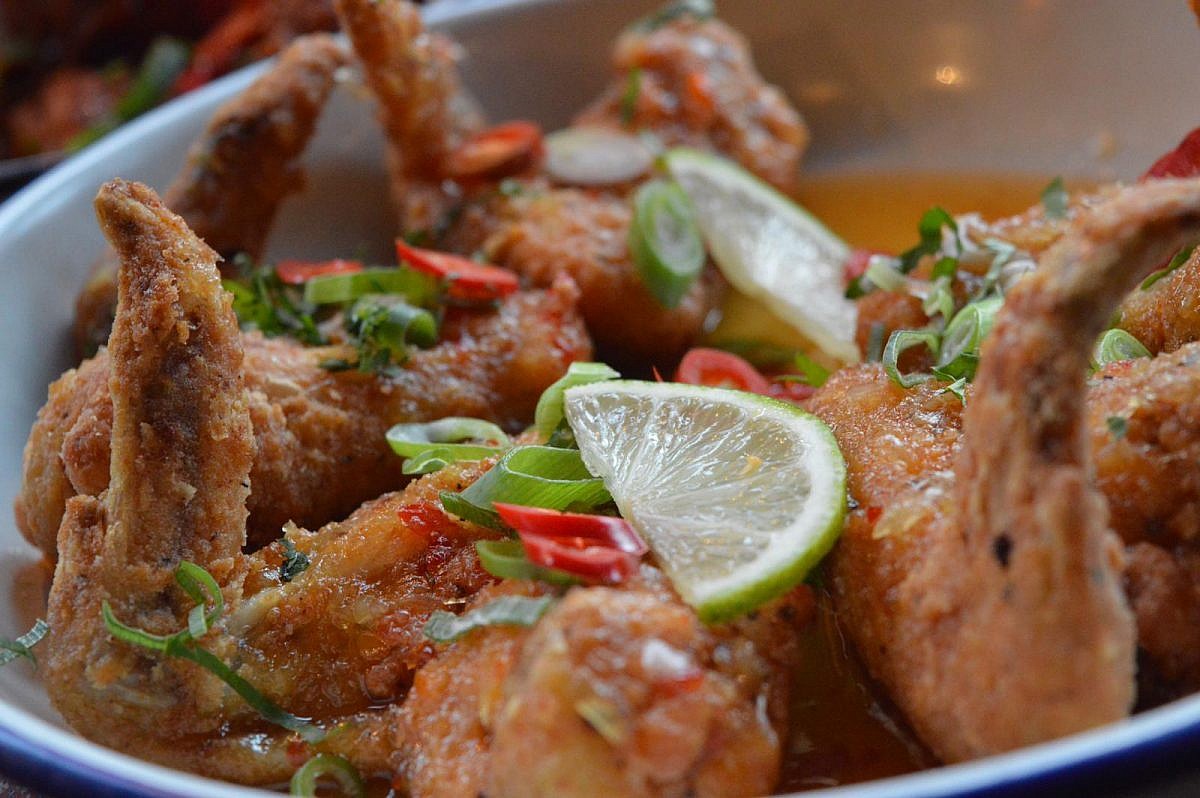 These WMCJ wings, are the best wings I have tasted in years. The Rolls Royce of chicken wings. This is you how you fry the skin, this is how much sauce you should use, this is how fresh and hot chicken should be served, this is how you do it…its Friday night…and I feel…ok I will stop. @masterchef holla at this WMCJ chef please!
Tongo asked if anyone else wanted the final honey glaze wing. Think you can guess what my reply was… 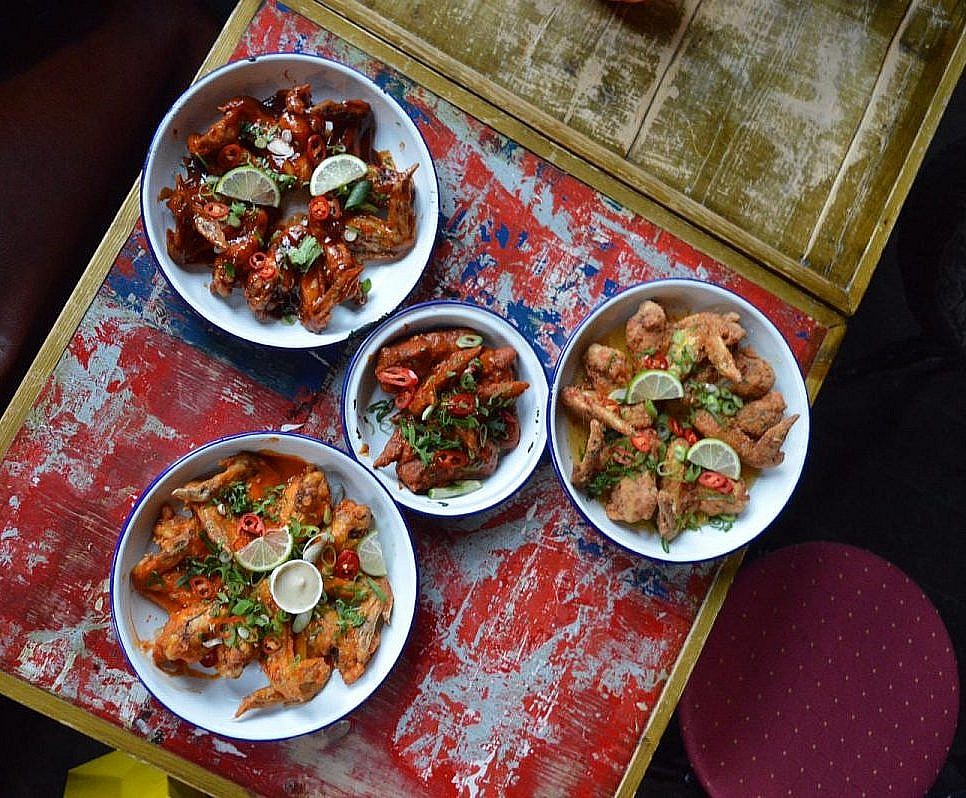