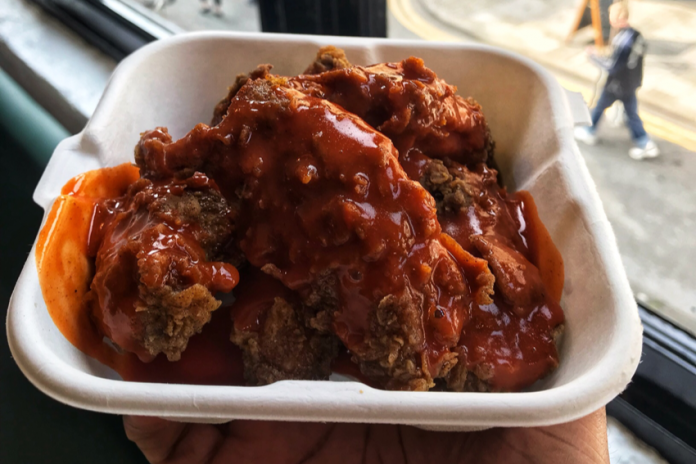 When it comes to wing sauces, buffalo is probably the bottom of the list for the Man Dem. But when we found out about the another award winning chicken wing spot called @Butchies_London (offical Wingfest Winners 2017), we had to include it on the shortlist for the ‘Best Wings in London’. However, there is one issue, Butchies only serve buffalo sauce. Mr Whyte pulled the short straw and took one for the team. 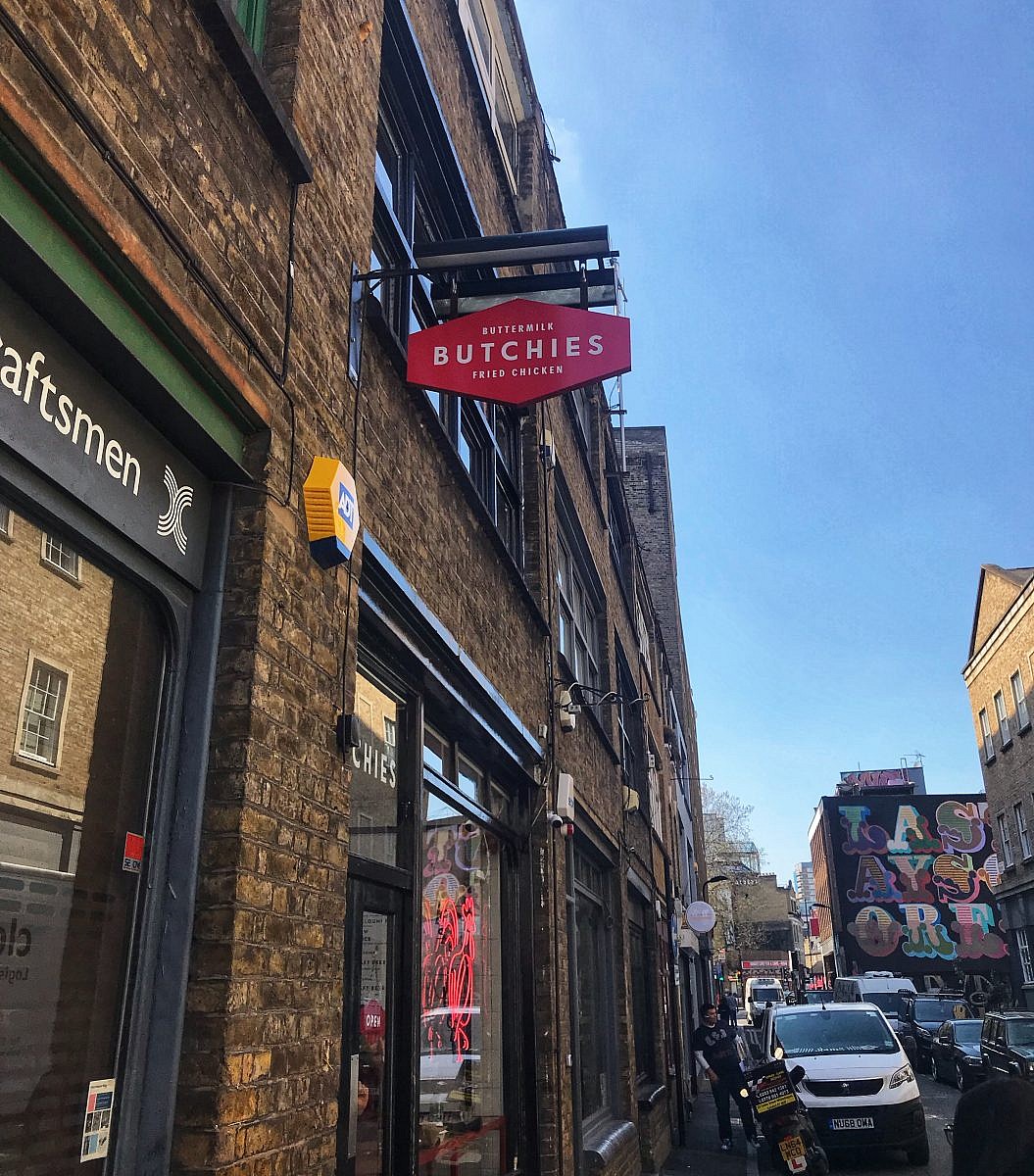 Mr Whyte: Next time I will insist we play Ching Chang Walla (rock, paper, scissors). Butchies is located in the heart of Shoreditch, with an open plan kitchen, two floor seating and unisex bathroom, do you even care?…How do the wings taste? I can hear your kmts (kissing my teeth).

The wings are fried in a thick breadcrumbs skin, with the buffalo sauce lathered over most of the wings but not totally smothered so you can keep your pincers clean. Unless you are one of those people who uses 4 fingers and thumb to hold your food lol. 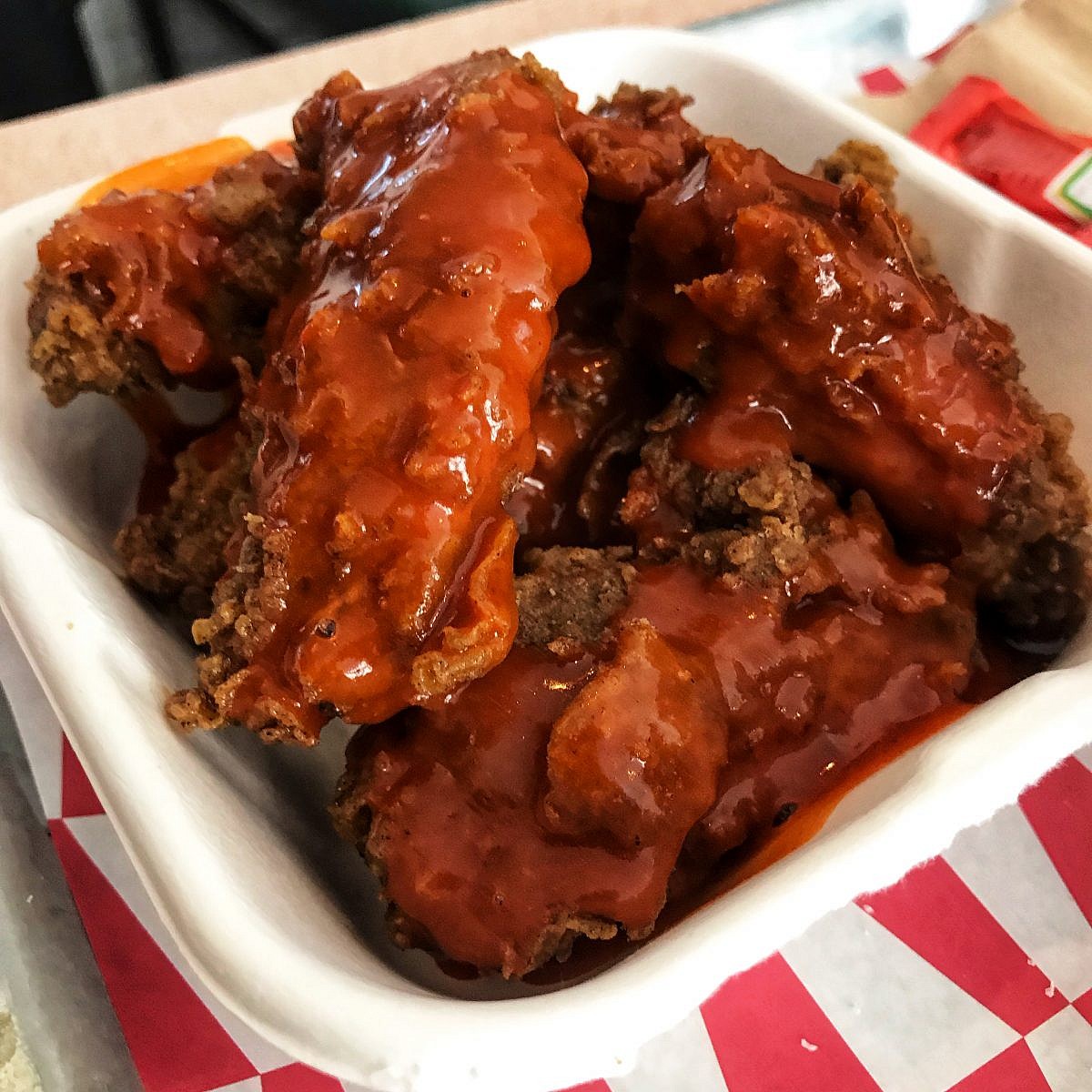 Usually buffalo sauce is harsh, after 2 buffalo wings I have usually moved on hoping my dinner date will eat the rest and leave me to finish the sweeter sauces. Butchies buffalo sauces was on teetering on the edge of being harsh, but the succulent chicken reigned it back in.

This chicken was sliding off the bone with ease, added with the breadcrumbs this was a real joy to consume. 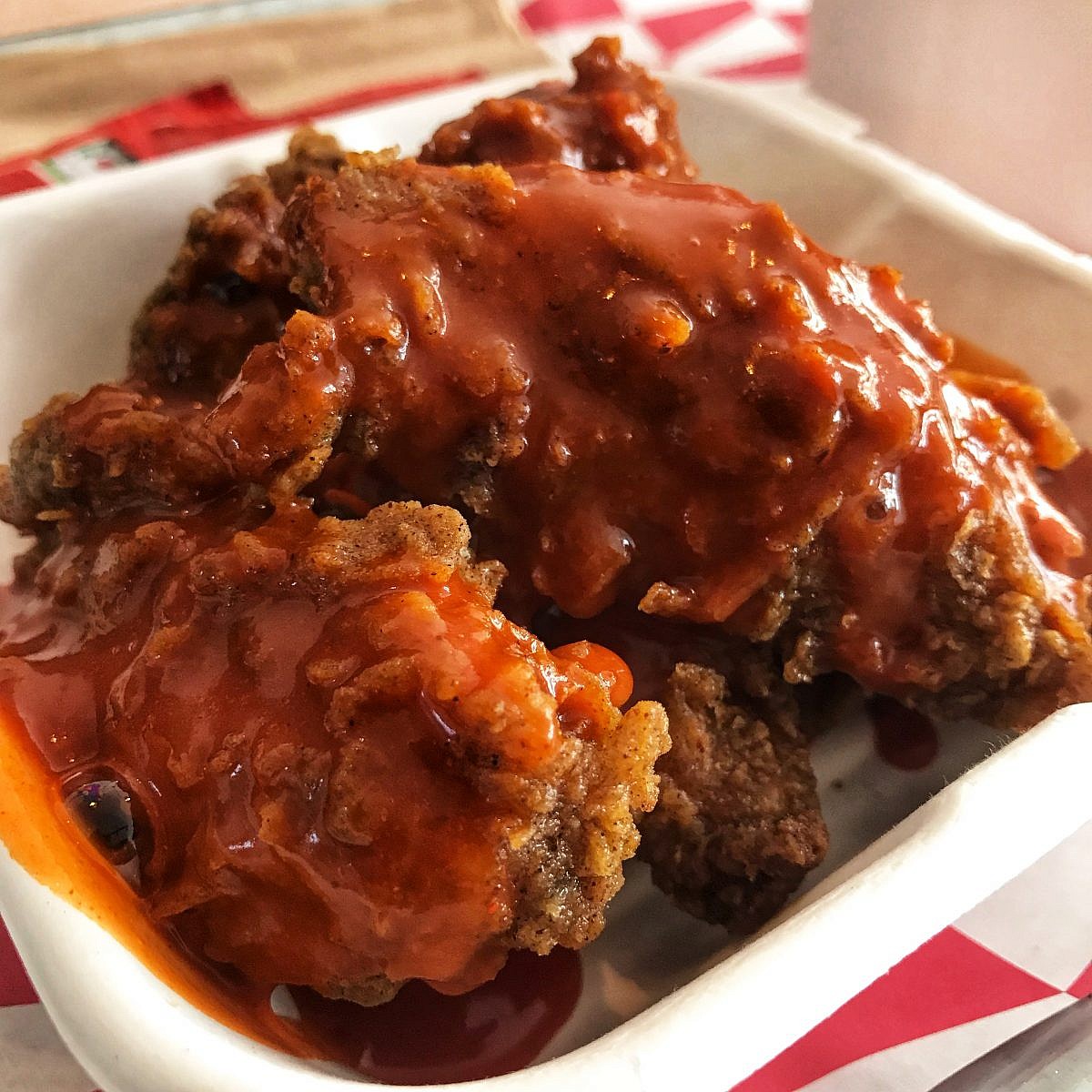 After the third wing, the buffalo sauce began to kick in. I was done! But, I had no alternative to move on to. It is to the testament of Butchies that I continued to finish my portion of wings because the actual wing itself was one of the best cooked during the campaign, if only there were alternative sauces this could have been a real contender. 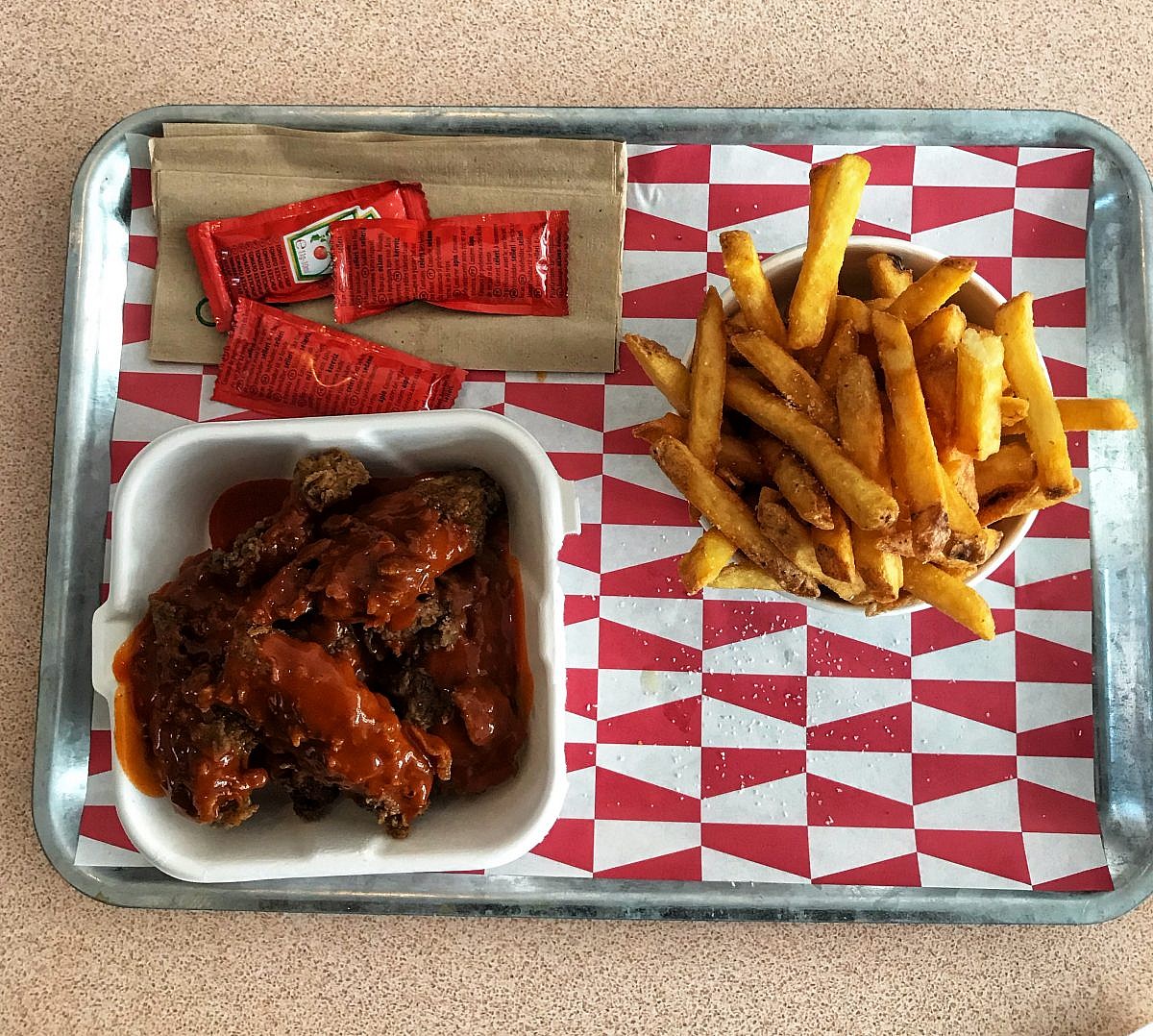